The other day, I was on a run and listening to my trusty Spotify playlist. Lo and behold, in between two of my favorite pump-up jams, I hear a HubSpot audio advertisement trickle through my headphones.

It’s not uncommon for me to see HubSpot ads on social media or Google, but Spotify was a new one.

This experience made me curious about what other kinds of advertisements our team at HubSpot had tested out this year. So I sat down with a few folks on our advertising and editorial teams.

Below, they share some interesting lessons and takeaways regarding the different platforms and audiences they tested in 2020.

“While HubSpot has traditionally been relatively direct response-focused (with software signups being the main acquisition goal), one of the biggest takeaways from our advertising in 2020 actually revolves around driving awareness through brand advertising,” shared Rex Gelb, Director, Acquisition Analytics & Paid Advertising at HubSpot.

In early 2020, the team realized they were reaching diminishing returns on many of their existing ad channels, namely search and social ads, and saw it as an opportunity to branch out.

They spearheaded this effort based on the guiding principle that the HubSpot audience is comprised of people with different media habits.

“What works for one person might not work for everyone, so we were likely only reaching a small segment of them through [direct response ads],” said Jillian Hope, Senior Marketing Manager, Brand Advertising at HubSpot. “But in reality, our audience is listening to podcasts, they’re reading articles in the New York Times or The Wall Street Journal,they’re watching Hulu, they’re doing all these different activities throughout the day.”

So, by expanding where they showed HubSpot ads, the team hypothesized they could reach a much larger segment of their audience and make new consumers aware of HubSpot.

As I chatted with these experts, a few key platforms stood out.

“In 2020, we started doubling down on [podcasts]. It started as more of an awareness play, but we’ve invested in this really neat tool called Podsights,” said Jillian. Podsights is a podcast attribution tool through which the team measures when someone hears a podcast ad and returns to the site, and becomes a lead.

(Can I plug an audio file in COS? https://wiki.hubspotcentral.net/display/marketing/2020+Year+in+Review%3A+HubSpot%27s+First+Brand+Advertising+Push)

The team has tested a few direct buys with specific podcasts, like NPR’s How I Built This and Masters of Scale. They’ve also done some national radio buys on NPR and a few Spotify Audio Everywhere ads (for those Spotify users who don’t pay for premium).

“[In addition to podcast advertising,] we’re diversifying into new channels and also looking for opportunities to really measure and hone in on what’s working even from a direct response standpoint, including Hulu,” Jillian shared.

That’s right — this year, consumers turned on their TV to see some of HubSpot’s first advertisements on streaming channels. The team found that Hulu has high completion rates (about 99%) because the network’s ads are unskippable. “This made it a great tactic for testing out more creative messaging and executions because our audience was tuning into the full ad,” shared Alicia Collins, Copywriting & Brand Strategy at HubSpot.

Alicia worked on much of HubSpot’s 2020 brand advertising campaigns, including the Hulu push.

Video as a whole gave the team more room to deliver value through education, entertainment, and inspiration, especially compared to a display or static social advertisement.

“Because YouTube is a Google-owned property,” Jillian said, “we had the ability to target people who are actively searching for content related to our products, so our ads are relevant to their work.”

In fact, Rex shared one of the most successful tests they ran: YouTube’s “affinity audiences,” Affinity audiences are audiences that Google’s algorithm identifies as likely to be interested in your product(s).

“While the algorithm is a bit of a black box, trusting their data ultimately paid off for us, generating some of the most cost-efficient, high-quality impressions and video views, which in turn yielded a great brand lift (as reported by surveys), and a measurable increase in incremental Google searches,” reported Rex.

So, what does developing this brand advertising campaign creative look like?

According to Alicia: “When you’re thinking about brand awareness advertising, you have to think about who you’re coming in contact with.”

Most people who interact with HubSpot’s brand awareness advertisements have never heard of HubSpot — versus those who see the typical direct response advertising. “There’s a reason why people are getting targeted with [direct response] ads; they’ve seen our content, they’ve been on our website, and they’ve interacted with our posts.”

The same can’t be said for this new brand advertising push. Alicia and her team are trying to reach a completely new audience, meaning they have to create clear, direct ads that communicate what HubSpot is and who it’s for.

“[We’re aiming for] eye-catching and engaging, so people are either enticed to click-through to learn more or simply stop and take a second look,” Alicia shared. 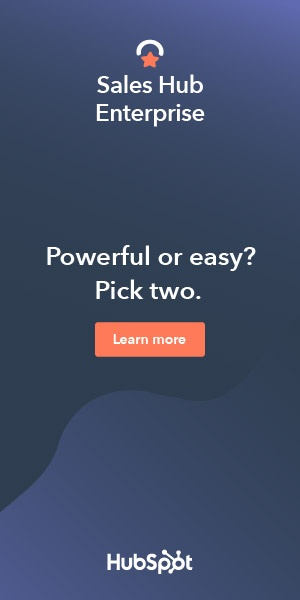 Speaking of second looks, Alicia has learned just how different the brand advertising strategy can be. “[It’s a] bit different because, again, people don’t see one social ad and immediately remember your brand. It takes like seven or eight impressions for someone to start recalling.”

In her opinion, brand awareness work is unlike a lot of other bottom-of-the-funnel work. “It’s not that there’s only a science to it, but there’s also a bit of an art,” she shared. “It’s [all about] trying to find the right balance between solving for the data and the short-term results, and thinking about where you want to be in the long-term.”

In her experience, people who want to invest in new channels and audiences tend to put their money in one place. But Alicia and her teammates have found that no one spends all their time on one channel.

For example, you might prefer to start your day listening to a podcast, read a few articles during lunch, and watch your favorite Hulu show to unwind after work. However, your coworker might like to start their day watching cable news, scroll through social media during lunch, and travel to the gym (passing multiple billboards) after work. “You’re just getting multiple touch points throughout the day and sharing your stories in new, unique ways,” said Alicia.

Jillian agreed: “What works for some won’t work for all. If we limit channels, we risk not reaching a large segment of our audience.”

And the more channels on which consumers can see HubSpot, the more likely they are to remember and return.

Read more about developing your own cross-channel or omnichannel advertising strategy on the HubSpot Blog.